These are two VM Mercruiser 220hp diesel engines awaiting to be dismantled to rectify damage caused by water ingress after the boat sunk in the harbour. They were both stripped down to a bare cylinder block to check for corrosion and any wear.

The engine on the left, was examined for overheating damage caused by a leaking water circulation pump which led to a low coolant situation  allowing the engine to over heat which then caused damage to the cylinder heads and gaskets.  The engine was sent to the VM Diesel Specialists in a partly dismantled state.

The engine on the right had a broken crankshaft.

Repairs of this type are regularly carried out on this type of VM Motori engine, including crankshaft replacement, cylinder head replacement due to cavitation and cracking of cylinder liners.  We have carried out turbo replacements and overhaul of the fuel systems. We very often find that wear is not the major problem and replacing just the damaged components keeps down the overall cost of the repair. It also proves the longevity of the VM marine diesel engine. 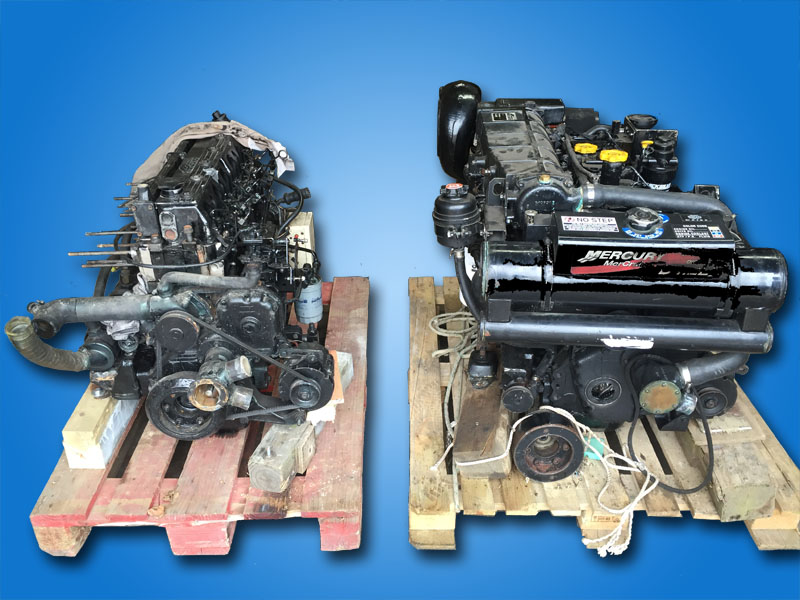