The VM Motori SUN range of air-cooled engines has endless industrial applications and one is Flygt Pumps which move large quantities of naturally draining water that accumulates in quarries or flooding etc.  The engine was collected from a quarry in Leicestershire to have an overheating problem looked at and also it being under-powered.  It transpired that the engine had been previously rebuilt by a workshop and the fuel injection timing and the valve timing was incorrectly set.  Certain fuel equipment components were checked and replaced.  Compression test readings were also obtained and they showed the cylinder pressures to be too low and this was rectified after the worn parts were replaced. 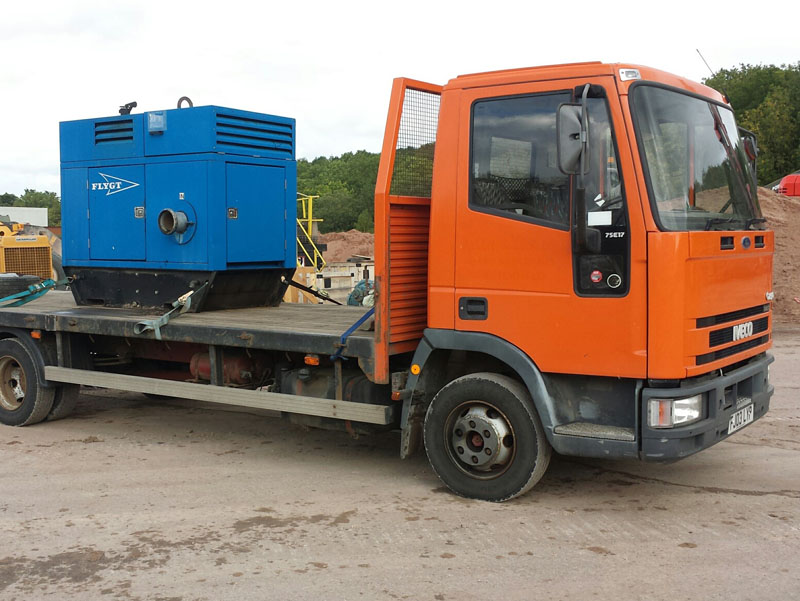 On this type of engine with individual fuel pumps, the ‘spill timing method’ is used to set the fuel timing and the valve timing is set with a degree disk.

In addition, we did some remedial work to the cool air ducting inside the canopy along with steam cleaning the cylinder barrels, cylinder heads and the oil cooler.  After the engine was serviced, it was returned to the quarry and put back into use.