After the engine pictured below suffered a major overheating situation we were asked to estimate the cost of completely overhauling this early model of a four cylinder VM marine diesel engine.  Taking into account the components that suffer damage from the severe overheat and the workshop time to carry out the complete dismantling and rebuild procedure, we were able to give an accurate figure.  A leaking fresh waterpump was the cause. 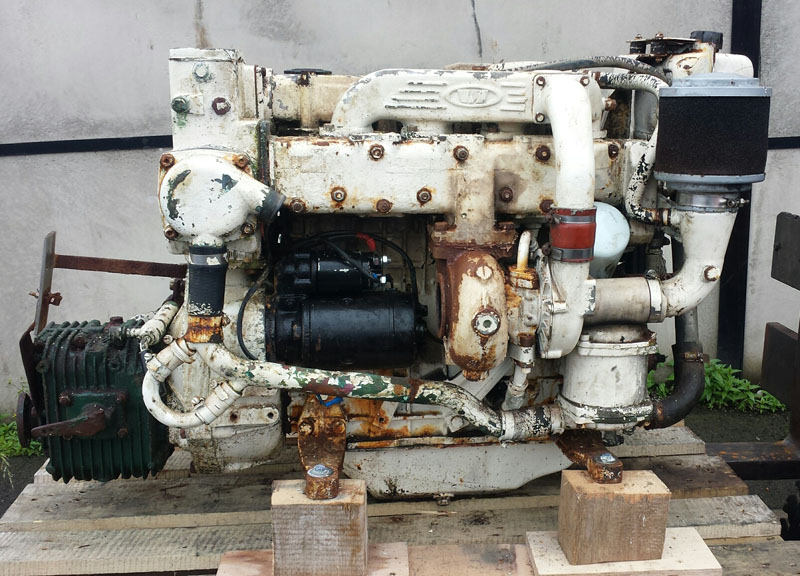 As it was an older model, some of the peripheral parts such as the heat exchangers and manifolds, were no longer available including the fresh waterpump.  The engine was dismantled and reconditioned and a waterpump and pulley were modified and used from a modern VM industrial engine. After bench testing, it was found to run extremely well and it gave this VM marine engine a new lease of life. 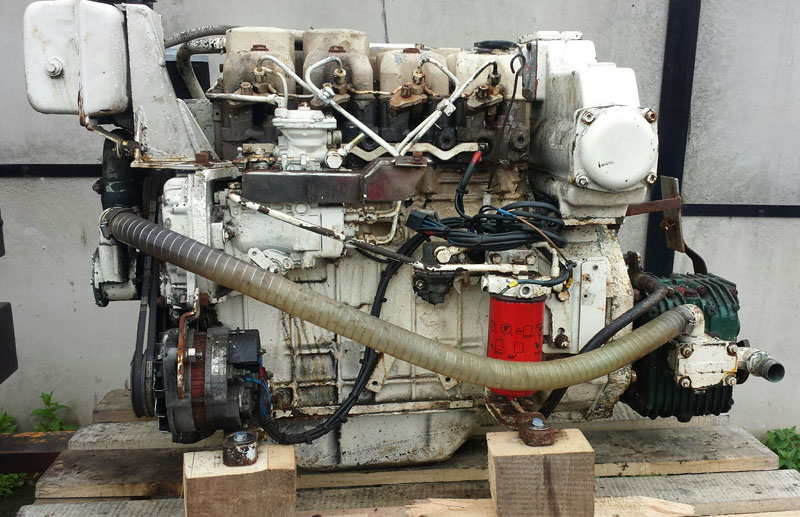 Incidentally, this was a backup engine for a tall ship and was ideal for this application as it has no complicated fuel injection systems controlled by electronics and utilised simple indirect fuel injection provided by a good old fashioned mechanical injector pump.